We can extract, artificially grow, and transplant

A stem cell is basically any cell that can replicate and differentiate. This implies that the cell can not only multiply, but it can also turn into different types of tissues. There are several kinds of stem cells. Most people are known with or have heard the term “embryonic stem cell.” These are cells from the embryonic stage that have yet to differentiate – as such, they can develop into any body part at all. These are then called “pluripotential cells”. Because they are taken from unborn or unwanted embryos, there has been significant controversy surrounding their use. Also, while they have been used in some areas of medicine – especially, outside the United States – they have also been associated with occasional tumor (teratoma) formations. There is work being conducted by several companies to isolate particular lines of embryonic stem cells for future use.

Another kind of stem cell is the “adult stem cell” This is a stem cell that already resides in one’s body within various tissues. In current times, much work has been done isolating bone-marrow derived stem cells. These are also known as “mesenchymal stem cells” because they come from the mesodermal section of your body. They can modify into bone and cartilage, and probably all other mesodermal elements, such as fat, connective tissue, blood vessels, muscle and nerve tissue. Bone marrow stem cells can be plucked and because they are low in numbers, they are usually cultured in order to raise their numbers for future use. As it turns out, fat is also loaded with mesenchymal stem cells. In fact, it has hundreds if not thousands of times more stem cells compared to bone marrow. Today, we actually have mechanisms that allow us to separate the stem cells from fat. Because most people have adequate fat supplies and the numbers of stem cells are so great, there is no need to culture the cells over a period of days and they can be used right away

We at Stem Medica India uses adipose-derived stem cells for deployment & clinical research. Early stem cell research has traditionally held associated with the provocative use of embryonic stem cells. The new focus is on non-embryonic adult mesenchymal stem cells which are found in a person’s own blood, bone marrow, and fat. Cell therapy around the globe is shifting its focus from bone marrow based cells to adipose (fat) derived cells since the cells are simple to obtain and usually very robust. Adipose fat is a teeming and reliable source of stem cells. The best quality adipose cells are obtained from the enzymatic digestion of liposuctioned fat which can be performed at the bedside in an essentially closed system to protect sterility. Autologous stem cells from a person’s own fat are easy to harvest safely under local anesthesia and are abundant in numbers up to 2500 times those seen in bone marrow.

Clinical success and favorable outcomes appear to be related directly to the number of stem cells deployed. Once these adipose-derived stem cells are supplied back into the patient, they have the potential to repair human tissue by affecting healing and also producing new cells of mesenchymal origin, such as cartilage, bone, ligaments, tendons, nerve, fat, muscle, blood vessels, and certain internal organs. Stem cells ability to form cartilage and bone makes them possibly highly effective in the treatment of degenerative orthopedic conditions. Their ability to form new blood vessels and other tissues makes them suitable for relieving a large number of traumatic and degenerative conditions.

Repairing bone is important to people who suffer bone trauma or experience a loss of bone from the disease. One of the ways in which researchers want to help is by finding uses for stem cells in bone repair.

Choosing a Stem Cell Source While many sources of adult stem cells are being examined, a key one is to use stem cells from fat. By encouraging cells from a person’s fat to essentially regenerate the damaged bone, a person can experience better form and function. But how exactly would this work and are there any complications?

Starting a Study A new study has just started to look at how stem cells from fat can help repair damaged bone. The study has been funded with a grant from the United States Army and it is hoped the results can help both the military and the general public.

How it Works The method researchers are using involves the use of a material that has a gel-like consistency. This particular material then coaxes stem cells extracted from fat to regenerate bone that has been damaged.

Safe and Successful Bone Repair The ultimate hope is that one day, a surgeon can remove fat from a patient, isolate the stem cells and then combine them with the gel before injecting them right into a bone fracture. For patients who need bone repair, this research is exciting news that may help them one day in the near future.

Chronic Liver Disease is a major concern for the entire country as it ranks as the fifth largest killer in the world. When the liver sustains serious damage, it loses the ability to repair itself and begins to function less and less effectively until it reaches the point that it no longer works, which is a life-threatening condition. An effective liver failure therapy was pursued for decades before the discovery of stem cells offered the possibility of effective liver stem cell therapy. Until the advent of Advanced Liver Stem Cell Therapy, the only therapy option for liver disease was a full organ transplant. Our adipose (Fat)-derived and bone marrow-derived stem cell therapies for liver conditions are an innovative therapy practiced in the India that is safe and effective.

We want to see patients with liver disease have a better quality of life and even be able to reverse the damage done. Liver stem cell therapy is one of our latest and most exciting therapies, joining those available at our clinic like stem cell therapy for Neurological or Spinal Cord Conditions.

The liver is essential for life and its health is critical for other body functions.

The liver is a multi-functional organ that plays a role in digestion, blood sugar control, blood clotting factors for healing, making amino acids, increasing red blood cell growth, fat and cholesterol transport, and the removal of waste, especially toxic exposures and the metabolization of medications into their active ingredients. Much research has been done on this vital organ, and we now understand how Liver Stem Cell Therapy can positively impact liver health and function.

To investigate the clinical efficacy and safety of umbilical cord mesenchymal stem cell (UCMSC) transplantation for treating multiple sclerosis (MS), the patients with MS were recruited and treated with UCMSC. The procedure of preparing UCMSC was in accordance with the standards formulated by the International Society for Cell Biology. Cell surface markers, multiple differentiation potential and safety of UCMSC for transplantation were detected. Based on our present studies, UCMSCs would be considered as a safe and alternative option for the treatment of MS.

Easy Collection Umbilical cord stem cells can be collected through a simple, non-invasive process at the time of birth, without any harm to the mother or the baby

Our Sports Health team is focused on helping our patients alleviate pain, increase mobility and improve their quality of life. We recognize that life is a sport and we offer innovative and effective solutions to help get our patients back into the action as soon as possible. With PRP, the plasma contains significantly more platelets than normal, so the concentration of growth factors can be five to 10 times higher than normal. Orthobiologics have evolved to the extent that they significantly influence modern orthopedic surgical practice.

Our knowledge and project management will accompany you from the scale-up of laboratory plants, to the commissioning and ongoing operation of the large plant in GMP Laboratory detup

We support our customers in the development of their standards, the set-up of their GMP compliant production sites, as well as in the appropriate establishment of the manufacturing process. Everything for your GMP compliance!

Expertise in plant design, process characterization and regarding GMP compliance complement each other to become an optimum overall solution for your GMP investment project.

Cord Blood are worth preserving.

Your baby’s Cord Blood is a rich source of stem cells, the building blocks of our bodies, which can act as a “self-repair” kit.

We guarantee that your baby’s cord blood unit will be screened, processed and stored according to the strictest international quality assurance programme which are preferred by Transplant surgeons.

Scaffolds for tissue engineering are devices that exploit specific and complex physical and biological functions, in vitro or in vivo, and communicate through biochemical and physical signals with cells and, when implanted, with the body environment.

Scaffolds are produced mainly with synthetic materials, and their fabrication technologies are derived from already well-established industrial processes, with some new specific technologies having been developed in the last years to address required complexities.

What Our Clients Say 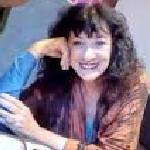 “My Brother suffered from MND for past 3 years. We went to many hospitals but all was in vain. Later we came here and we did stemcell therapy treatment. We were extremely satisfied for the treatment during the 4 months. Thank you therapists, Doctor and all the staff members of Stem Medica India” 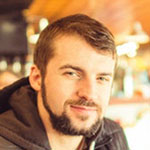 “One excellent thing is your people built a positive energy and that is too good. Your team is excellent. Most importantly Dr.Gupta is efficient & friendly. He treats his patients very well and brings a new energy in us.Over all my experience was very good. Thank you very much.” 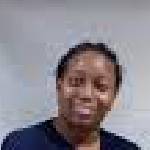 “Thanks to Stem Medica India team. We have seen excellent improvements on our 9 months old daughter, who has down syndrome. She is looking like a normal child now. Thanks to team.”